This site uses cookies. By continuing to browse the site you are agreeing to our use of cookies.

Our website uses cookies to give you a better user experience now and to give us enough anonymous user information, to be able to improve the content of our website for you over time. If you continue to browse our website, we'll assume that you are happy to allow us to use cookies for these purposes.

From wills and inheritance tax planning to contested will and incapacity planning, our legal support is completely tailored to you.

It is often said that the only certain thing in life is death. Depressing but true.
Many people seek legal advice only after someone has died, but in fact planning ahead with our help can be an invaluable investment and make the future for those you leave behind much clearer and secure.
Our experienced and approachable legal team will take the time to understand your needs.
Our Probate Partners Erica Bassett and Debbie Hall are based at our Buxton office and will be visiting Disley office by appointment.
If you are not able to come to see us at one of our offices, we are happy to visit you at home.

It is important that you make a Will if you want to ensure that your property passes to those closest to you or to your favourite charities.

If you do not have a Will your property and possessions could be divided according to the law rather than how you would wish.

If you live with your partner but are not married or in a registered civil partnership the law would not automatically recognise your partner and they may be left with nothing if you have not made a Will.

If you make a Will you can decide who should inherit from you when you die. These people are known as your beneficiaries. You can also include charities or causes close to your heart.

Your Will would also state who should deal with carrying out the terms of your Will after your death. These people are called your Executors. You can appoint family members, friends or a professional such as your Solicitor.

The executors must be over 18 and the maximum number who could deal with your estate is four. A beneficiary named in your Will can also be named as an Executor.

If you have children under the age of 18 you might want to consider naming someone in your Will to act as legal guardian for them if your children are still under 18 when you die.

The loss of someone close to you can be difficult to cope with and often the formalities and paperwork involved in dealing with their affairs can seem daunting.

If you are named as an Executor in a Will or your relative did not leave a Will and you are unsure what to do we can advise you and help you through the process.

After a person dies, someone has to handle their affairs e.g.deal with their money and property. This is called administering the estate and the individuals responsible for this are called personal representatives (PRs).

If the person left a valid Will it should name Executors and those people are the PRs of the estate. If there is no Will the person is treated as dying intestate and the role of the PR can be taken on by any person entitled to a share of the estate i.e. by the next of kin. This type of PR is known as an Administrator.

The PRs have to administer the estate according to the terms of the Will or, if there is no Will, following the rules set out by law for administering intestate estates.

The administration of an estate involves collecting in the assets in the estate and then ensuring that all liabilities are paid. The remaining assets should then be distributed to the beneficiaries.

If a person leaves an estate of less than £15,000 the PRs can usually collect in the assets without the need for a Grant of Representation. If the estate is larger it is generally necessary for a grant to be taken out.

The grant is legal confirmation that the PRs are entitled to administer the estate. Banks, insurance companies, other financial institutions and the Land Registry will require sight of the grant before they will allow PRs to encash or transfer assets.

There are various types of grant, the main two being Grants of Probate (where there is a Will) and Grants of Letters of Administration (where the person died intestate). The application for the grant is made to the Probate Registry.

If there are substantial assets in an estate the PRs are responsible for finding out whether Inheritance Tax is payable. There are various exemptions and reliefs available for Inheritance Tax and it is important that PRs get advice about the position if it seems likely there could be a liability.

Trusts offer flexible, tax efficient ways of passing on or protecting family wealth for the long term. They can help protect the people you care about, such as your partner or children.

If you would like to find out more about whether a trust would help you, please contact one of our specialist wills, probate and trust solicitors for a free, no obligation discussion about your particular circumstances. We can then advise you about the best solution for you.

We can provide advice on the following matters:

If you are struggling to deal with your own affairs, you can give someone else authority to help you by making a Lasting Power of Attorney.

If you care for someone who is no longer able to make decisions you can apply to the Court of Protection to become their Deputy and take over their affairs.

We offer advice on the issues to consider when making Lasting Powers of Attorney and applications to the Court of Protection and can draw up the paperwork for you.

See also : Care of the Elderly

Sometimes people feel unhappy about the way the estate of someone who has died is to be divided.

In certain circumstances a claim could be made against the estate especially if a dependent has not been left reasonable financial provision.

Challenging a will or making a claim against an estate can be a complex process. If you think you might have a claim please contact us as soon as possible, as there are strict deadlines involved in making claims. 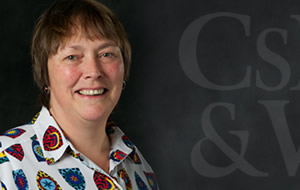 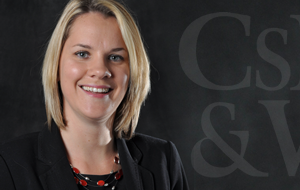 Specialises in residential and commercial property and probate. 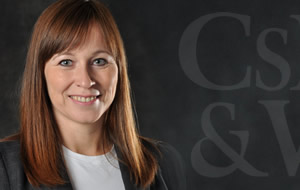 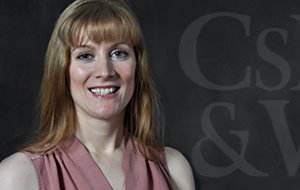 Specialises in wills and probate and elderly client.
Currently on Maternity leave until 2022 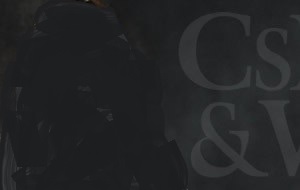 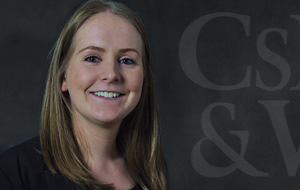 The costs information set out on this website is general.  Every case is unique and we will give you more precise and personalised information when we have assessed your individual situation.

Applying for the grant, collecting and distributing the assets

We will handle the full process for you. This quote is for estates where:

Disbursements included in this fee:

Disbursements are costs related to your matter that are payable to third parties, such as court fees. We handle the payment of the disbursements on your behalf to ensure a smoother process.

On average, estates that fall within this range are dealt with within 3 months. Typically, obtaining the grant of probate takes 10 weeks.

How long will this take?

On average, estates that fall within this range are dealt with within 4 to 6 months. Typically, obtaining the grant of probate takes 10 weeks. Collecting assets then follows, which can take between 4-6 weeks. Once this has been done, we can distribute the assets, which normally takes 2-4 weeks.

We can obtain the Grant of Probate on your behalf.

How much does this service cost?

This includes: obtaining the grant only.  Any further work connected with gathering assets and distributing the estate will be in addition to the fee for obtaining the Grant.

Disbursements (£360 in total, assuming one executor ):

Disbursements are costs related to your matter that are payable to third parties, such as court fees. We handle the payment of the disbursements on your behalf to ensure a smoother process.

As part of our fixed fee we will:

Our team has many years of collective experience in delivering high quality work in all matters relating to wills and estate administration.

Andrew qualified as a solicitor in 1977 after gaining a law degree from Manchester University. He joined Cooper sons as an articled clerk and has been with the firm ever since, and has extensive experience in dealing with all aspects of estate administration, including large and complex estates.

Erica joined the firm in 2000 and shortly afterwards she began studying to be a Legal Executive. She joined the Wills and Probate department in 2004, completed the Legal Practice Course at Staffordshire University, was admitted as a solicitor in 2011 and became a Partner in 2019. She deals with all aspects of wills, probate and elderly client matters. She acts as attorney and court appointed deputy for several clients.

Debbie studied for her Law Degree at Liverpool University. She completed her period of training with Cooper sons and qualified in 1998. Debbie became a Partner in 2019. Her background in litigation and personal injury means that she has a wide perspective when dealing with wills and probate. Debbie is experienced in preparing Lasting Powers of Attorney, Deputyship and Court of Protection applications.

Zoe gained a law degree before joining the firm as a paralegal in the Wills and Probate department. She is now a Solicitor having qualified at the end of 2020. She acts on behalf of individual clients in relation to will drafting and Lasting Powers of Attorney and is gaining expertise in estate administration.

Lesley has a Law Degree from Edinburgh University, and studied for the Graduate Diploma in Law and the Legal Practice Course at Staffordshire University. She joined the firm as a trainee solicitor, qualified in 1996 and became a partner in 2005. She now mostly deals with wills, probate and elderly client matters, but has also experience in property matters. She acts as attorney and court appointed deputy for several clients. She was a Trustee at Blythe House Hospice in Chapel-en-le-Frith for ten years.

Kate qualified as a Solicitor in 2004. She read Law at Keele University and complete the Legal Practice Course in Manchester. Kate was a trainee solicitor with the firm and became a partner in 2016. Kate deals with conveyancing and property matters as well as with estate administration.

Kerry qualified as a Solicitor in 2021 after being a Chartered Legal Executive. Kerry deals with residential conveyancing as well as wills, probate and Lasting Powers of Attorney. She is experienced in dealing with applications to the Court of Protection.